This kind of garage rock is best delivered in significantly shorter bursts. There just isn’t enough invention on display to make the song interesting for its entire length. 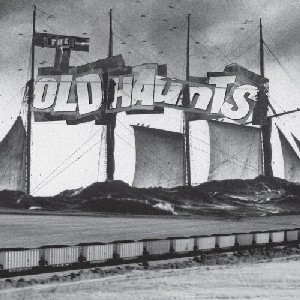 The album starts in promising style, a rumbling bas-line that gives way to a catchy, jangly guitar on Volatile. I tell myself that this is a great little song which bodes well. I should know better than to have such faith. I stop telling myself about the excellence of the track about halfway through its four-and-a-half minute length. This kind of garage rock is best delivered in significantly shorter bursts. There just isn’t enough invention on display to make the song interesting for its entire length.

This stands as a demonstration of the problem with the album as a whole. Songs of seemingly ragged urgency which should flee at speed hang around just a bit too long. Worryingly this is even the case with one of the shorter efforts. Hurricane Eyes clocks in at around two and half minutes and is probably the best song on offer. Even this brevity feels too long. It is a special talent, I suppose, to take a decent song and manage to make it feel too long even when it is less than three minutes long. Occasionally something vaguely interesting comes up, like the surf guitar that arrives in the middle of Not Hopeless. Mostly though it just repeats itself like a child learning scales.

The worst crimes on the album are, however, when the band try to do slow sensitive balladry. Craig Extine’s voice just about works on the sub-Stooges garage punk stuff, but it is execrable on anything with a slower tempo and softer sound. These efforts also showcase how crap some of the lyrics are. On Sunshine Extrine proclaims that ‘Sunshine is always divine/ Sunshine is always so fine.’ Sunshine isn’t fine when you’ve got a migraine, which is what you’ll end up with if you listen to too much of this drivel.

The most interesting thing about this release is that ex-Bikini Kill drummer Tobi Vail takes up residence behind the skins (The Old Haunts have something of a Spinal Tap relationship with tub thumpers, having utilised a different one on each of their three long-players.) The best thing on the album is easily her cracking drum part on Outside of Divided Time. Sadly it is undone by Extrine’s lame caterwauling and a predictable guitar line. Hopefully she’ll extricate herself and find some decent musicians to hang around with.