Seriously, sit on the internet, cock in hand, and join the blogosphere in orgasming over its merits… 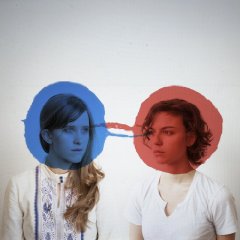 Bitte Orca is that rare, double-edged sword that even the cleverest critic falls on, impaling themselves in reams and streams of endless, impossible rainbow blood that sloshes in the grooves of the now Jackson Pollock-ed LP and is whipped up by the stylus into an impenetrable net of conflicting, beautiful, hyper-real, synesthetic soundwaves. It’s the kind of record where there’s too much going on for a single review to do it justice. Seriously, sit on the internet, cock in hand, and join the blogosphere in orgasming over its merits (I once had a crush on some chick who writes for Pitchfork, yano?). The only consensus you’re gonna get though is ‘really fucking good’; there’s too much to pin down more specifically.

There seems to have been something of a trend in hipster-approved indie rock over the last half-decade or so for strangely fragmented songs, full of wonky juxtapositions of melodies, instrumentation and ideas. The results have been mixed, with the joyous silliness of The Unicorns, the genius, anglophile prog of the Fiery Furnaces and (unfortunately) the horrendously overblown mid-life crisis of Of Montreal’s Skeletal Lamping, eugh. As wonderful or terrible as these cats could be though, you could never escape the feeling that they were just not totally cogent, that the sheer volume of ideas led to a sort of sensory assault where you were unable to separate the strands or take a step back; everything just got too much. Bitte Orca on the other hand is, believe it or not, a mind-bending tour de force in the exercise of restraint.

Take one of the record’s more spectacular highlights, Temecula Sunrise. It starts in beautiful acoustics, allowing you to get your head around the melody before opening up into a totally catchy, restrained-epic chorus. Drop back into the verse again and snatches of drum and trills of electric guitar pre-figure the beach-on-a-hot-day busy climax that the song builds too. And it all falls away, leaving the same vocal melody with new instrumentation.  Similarly, the Magnetic Fields-esque chamber pop of Two Doves sits in the album’s overarching dynamic like a fountain-tickled piazza behind the main shopping street. What I’m getting at here is that Dirty Projectors very cleverly, very subtly allow you space to think whilst never letting up on the pretty tunes.

As we all know, pretty tunes are desperately important on this sort of record, crazed and delicate all at once, trying to sound beautiful as much as experimental. Rather than replacing the melodies with clever dynamics, the intelligent ordering and arrangement exists as a fancy oak display case for the totems and talismans within. Useful Chamber alone features a funky bassline, half-rapped vocals, Queen of the Night aria operatics and someone shredding a guitar like they’re the bastard child of Marnie Stern and a big fucking crocodile. Elsewhere, we find staccato strings, howling rants and blissed out sunset over seascape synths.

Sure, this diversity isn’t for everyone, but if you’re the sort of cock who doesn’t like staggeringly intelligent, super-pop awesomeness, you don’t deserve this record. SRSLY, this is one of the finest records of the decade and Dirty Projectors are like this generation’s Talking Heads…ON ACID!!!!!!!!!!!!!11123456754. Thanks.