Information overload has a numbing effect. One "solution" is to avoid as much "news" media as possible. Choose fewer sources of inspiration, not more."


RE/Search is one of the organisations a true Head should know about. Incendiary sent founder and guiding spirit V. Vale a number of questions…

IN: Someone might ask: what is the cultural underground these days?
VV: Whoever refuses to put their creativity on YouTube and join the general "look at me" self-promotional, self-marketing fever that has gripped almost everyone — all victims of the celebrity/aspirational tidal wave. To be underground you must be underground! 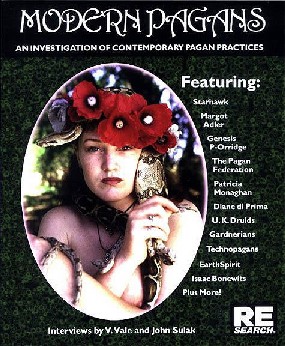 IN: Could you explain why you feel the need to document the subjects you do?

VV: Usually I try to document people who I feel are under-documented — or if a person is more "famous", I at least strive to bring out aspects of the person’s creativity and philosophy which are in the shadows. Often chance brings people into my life and I put them into a book or magazine. In a way all my books are literary/philosophical/art journals. 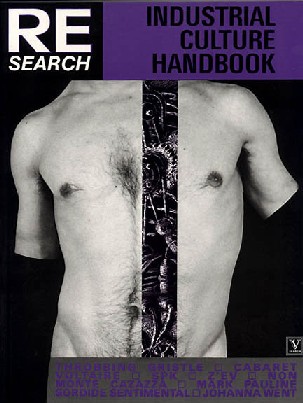 IN: Do you feel there are more subtle ways of keeping people’s spirits down now, or are we all a bit more accepting, or lazy…

VV: Information overload has a numbing effect. One "solution" is to avoid as much "news" media as possible. Choose fewer sources of inspiration, not more. Narrow your affections and your obsessions. Focus on depth, not surface. Spend time ALONE. Turn off your iPods and computers. Value silence and solitude. And keep a journal.

IN: On a slightly different track, I’m wondering if RE/Search sees itself as the umbilical cord that links JG Ballard and Throbbing Gristle…

VV: ‘Don’t think there was ever much personal connection between the two, unlike, say, between W.S. Burroughs and Genesis P-Orridge. Google "The Final Academy" to find out more…
(here’s some interesting links to whet your appetite: ed http://www.johncoulthart.com/feuilleton/2006/10/24/the-final-academy/ www.annebean.net/past-projects/1981-1990/117 ) 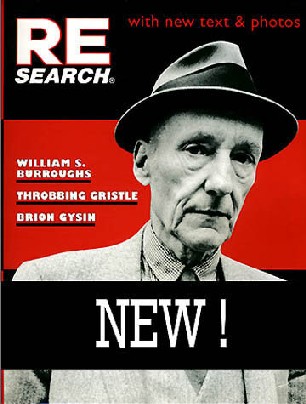 IN: Would you feel comfortable being accepted by, say the corporate publishing world?

VV:They don’t care about RE/Search; they’re inundated by the same information overload everybody seems to be under the spell of, and in thrall too. We’re information slaves now, most of us, and it’s slavery by bad information. What’s most important is routinely that which is missing.

IN: Is there a tacit acceptance by them of what you do?

IN: I wonder if they are actually glad you’re about…?

VV:We’re protean and they reduce everything to oversimplified soundbites. We are skeptical empiricists and they’re Platonic dogmatists.

IN: Tell us about the beginnings of RE/Search. Why was it so different at the time, and why did it progress the way it did?

VV:RE/Search was spawned by a genuine cultural revolution known as Punk Rock which was a collective uprising and revolt against everything status quo. RE/Search gravitated toward giving documentation to the most intelligent, prophetic voices which chance and luck brought to the V. Vale’s attention. In the first two years of Punk in San Francisco, enough ideas were spawned to take a lifetime to fulfil in book format. Emphasis was on 1) BE anti-authoritarian 2) BE black humour 3) "Whatever it is, I’m against it" (Groucho Marx) and "I wouldn’t join any group that would have me as a member" (Groucho Marx). Dada/Surrealism and Situationism were Punk before the word Punk was invented.

IN: Was punk actually that important to its growth & development?

VV: In unity there is strength. The more people in a creative group, the more intelligence and creativity is exponentially multiplied. Punk started out as a "band of outsiders."

IN: You have one or two tremendous looking CDs & tapes for sale. Tell the world about Jean Jacques Perrey and the Incredibly Strange Music cassettes…

VV: Jean Jacques Perrey is a living musical guru expressing and channelling humour and primal melodies and harmonies into his live performances and recordings. All his music can be listened to over and over — that’s the test of any music: how many times can you play a recording and keep finding "new" nuance and "beauty" and … the test of ANYTHING is: 1) is it deeply inspirational? 2) is it deeply "beautiful" – i.e., do you keep finding something new to appreciate? 3) is it deeply "meaningful" — i.e., you keep finding more "meanings" in the work? 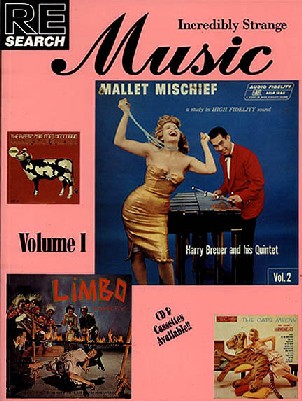 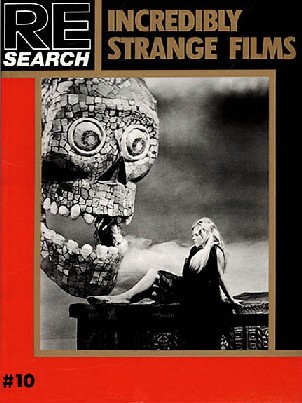 IN: What in your eyes was so special about the late, great JG Ballard?

VV: He spoke his mind with little regard for what other people would think about what he said. He "told the truth." He was "honest." He avoided mere publicity. He avoided mirrors. He avoided "shmoozing" and "networking." He taught us to trust our obsessions, no matter where they take us. He once said something to the effect of, "Every time I walk down a street I re-invent it in my imagination." (Imagine doing that, every day!) "Reality," after all, is just a stage set. As Burroughs put it, "The sky is as thin as paper here." 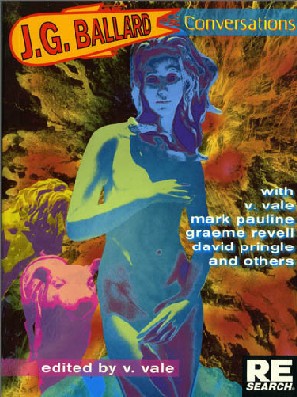 IN: Pray tell us, what is your favourite biscuit?

VV: Definitely "Little Schoolboy" butter cookies with a thick slab of chocolate on top. But lately I favour homemade apple/berry crisps — there’s a good recipe in JOY OF COOKING. They’re easy to make. And, I prefer eating fresh fruits these days.

To find out more on RE/Search, please visit http://www.researchpubs.com/Blog/?page_id=2