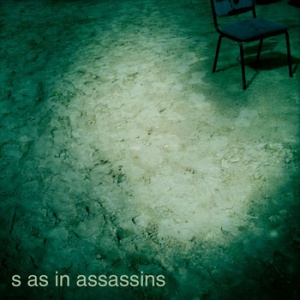 A pretty good record this, not immediate, it does take some listening to, especially because it’s difficult to get a grip on exactly how we’re supposed to react to the images the singe conjures up, they’re too random and clever-clever for my tastes, (e.g. why do the band sing “we’re Eskimos”? why? ); but there you go. It is white bread, soul-boy pop, though some of the arrangements mean you wouldn’t immediately guess this fact. I kept thinking of an emo Dexys Midnight Runners when I first heard S As In Assassins; the same strained, slightly histrionic delivery and the same reliance on hooks and melodies, all given a sugar coat of emotions. It’s about the heart and the soul.

The strengths are the stop-start arrangements as when things do kick off, there’s enough meat in the punch to make an impact. Rocketrider is a determined track that plods its way into your affections (though it does take some time getting there) whilst Holy Water and Eskimo’s have a great repetitive vibe: the pleading, slightly choirboy vocal styling is no doubt meant to reference all those dewy eyed American bands, but the best thing about the tracks are the crunching wall of guitar that turns up to balance things out.

In fact I wish they’d do that more, involve more of a swing to the tracks, give them a bit of whey-hey. Then they’d be onto something.