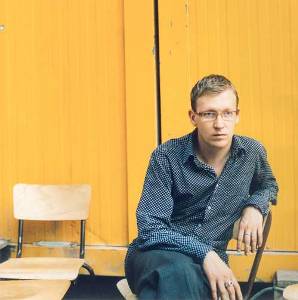 Another great release from Karaoke Kalk, I really don’t know how they keep their quality levels up at times. The opener Introduction is a loop of samples wibbles and mumblings set over a ruptured piano riff. It’s not symptomatic of the rest of Free From Noise, as this electronica LP has a bit more personality and license than most. It’s also damned trippy in a very unassuming, polite way. Stubby Fingers is a strange, woozy, bras- led meander, with the word Stubby Fingers repeated ad infinitum. It’s a bit like a Benni Hemm Hemm track, but a lot less twee.  Following that we have the most energetic moment on the record, Freedom of Noise is a nice sing-along welded on an upbeat electronic beat, which blurps along like some small underpowered generator. It’s great pop, like Saroos a bit (note how I’m suddenly quoting all these slightly fey pop acts?)

Things get more electronica and less pop with the repetitive (and trippy) The Heimlich Manoeuvre, and Collageholzpapier 2 but the human element returns with the dreamy, removed monologues in The Boy Who Ran Into the Sun and Sister Pain rudimentary, repetitive  mantras with the odd muted wibble, or squeal. The whole LP does have the feel of a basic, poppy take on the grandiose trips that Spiritualised used to offer up, and the electronic bits play the same wistful games that some of Connie Plank’s solo stuff did. Actually the playfulness on this record seems to want to hark back to the late seventies, with Holger, the two Connies and Dieter mucking about at Plank’s studio.  But mostly this record just wants to enfold you in its dreamy vibe. The last two tracks Corazon, Cristal and Gitarre Melancholisch are bliss-outs which are incredibly soporific. A good record to laze around to.