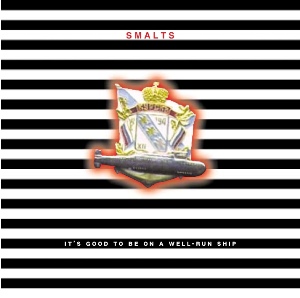 I like Smalts – they make quirky, sometimes downright strange music, which can also be balanced out by some very elegant and beautiful passages. This mild musical schizophrenia is in part due to the fact that the band takes as their texts the works of various poets and creates scores for them: not an easy task – as the musicians have to be on their toes throughout: every score has to be extra-sensitive to the message, otherwise you may not do the words justice. This method of working can make some of the music jittery or downright daft, but when it comes off it’s an incredibly charming listen.

Their latest LP It’s Good to Be on A Well-Run Ship is an odd record about an odd subject – about the sinking of the Russian submarine Kursk a few years back. When you graft poems by Walter de La Mare, Christina Rosetti and WB Yeats onto this theme the results can take a little time to make sense but can surprise when they do come off: Salley Gardens is a gloopy opener which somehow seems too humorous to be the soundtrack of a WB Yeats poem, (though that can’t be a bad thing surely?)… but the De La Mare number – Some One – works perfectly; De La Mare’s gothic vision fits the ghostly, cold atmosphere created by the music. Rosetti’s works well too, in a slightly off kilter manner, it’s almost like a psychedelic lament in a camp Hammer Horror film. Very Lee Hazlewood….

There are a fair number of sparkly and sometimes silly instrumentals such as Zuwasi, Silver Hours and Low, which seem to nod in style to the German electro masters such as Czukay, Plank, Schnitzler or Rodelius – but of course this is fine by us. Certainly there’s a lot of the playfulness on this record that would fit snugly on a Holger Czuckay LP; (the same “anything goes” élan is also noticeable on tracks like Click, Flying or Dance With Me). And, as befits two members of seminal Dutch avant garde band Minny Pops, we also get a Minny Pops track – Kogel – but one stripped of its icy punch and replaced with a sort of abstract, Arabic funk. 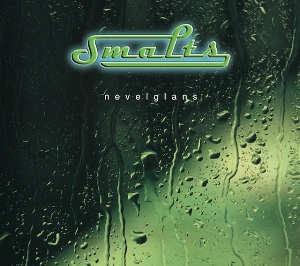 The other record is Nevelglans, a far more refined affair which isn’t as sparky as …Ship but worth a listen and a sit down over a cup of tea. The Dutch word nevelglans means (roughly) the mistbanks you get at sunrise or sunset. At times the record sounds like a Sunday morning radio programme which can mean things are either very nice or a bit flat, and the opener is just ok, so patience is needed. However once you’re past that things pick up, albeit gently with the aid of some fine readings and some clever instrumentation – the rippling piano run makes De Hemel Is Leeg is a fine example of a particular element or sonic phrase informing everything else – in this case the piano part pulls the whole track up by its musical bootstraps.

For the English listener unused to Dutch half the LP is rendered pretty meaningless unless – like me – you actively like listening to music with indecipherable lyrics or strange languages, and if so you should enjoy this LP as a sort of exercise in how to make a nominally uninteresting project (reflective poems set to music) interesting instrumentally, as Smalts really throw in the kitchen sink at times: Medium and Ik Ging in Statie Naar De Stad are good examples. Smalts’ instrumentals can sometimes transcend all matters around them too – Nevelglans is a lovely melancholy piece, not so far away from Cluster’s Sowiesoso – as is the musical accompaniment on the whimsical Op Het Kerkhof. Elsewhere De Grote Lijster and Vriendin are slightly psyched-out pieces but the absolute highlight for us is the lovely Adultrous which is both funny and incredibly bittersweet at the same time.

So not anything hip-shaking but you’ll find yourself playing these LPs a lot if you give them a chance.