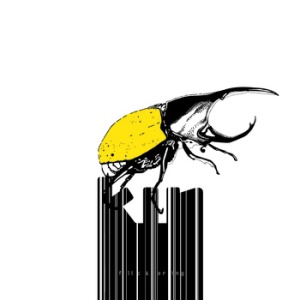 A fabulous beast this, a brooding record that just keeps on building up and up from the moody opener Reptile. There’s a strong pop sensibility throughout; but it doesn’t intrude on all the other interesting stuff going on, or seek to please. Rather the record is a stealthy one, very good in using a limited palette to great effect, realising that it’s sometimes worth allowing the nature of a sound some space to do a job and propel a track on its own accord.

That opening track, Reptile, plays around with a number of ideas, evenly paced and slowly building the mood for what will happen later on. Despite its obvious intelligence and power this is a remarkable record in that there’s seemingly no ego involved. The vocals could grate now and again, (there’s a lot of wobbly vox on show that sort of nod to what Coco Rosie do), but they never get in the way of the overall sound. Check the remarkable sand dancing between the vocals and the arrangements on How To Speak, or the brilliant sense of tension built up by the synth refrain and very little else on Hibiscus. It’s all so unprepossessing. You get the feeling that this is a band that feels the need to hide their light behind a bushel now and again. Despite their incredible power.

And that modesty’s weird, unnerving almost as many other acts would shamelessly go overboard if they could write songs like the gargantuan, stately Disaster Movie – a track where a whole set of marvellous harmonies are set to play off one another. Elsewhere there are hints at something more overtly poppy: Chemistry Set is a brilliant song; skanky, pushy, but full of echoes and regrets and blessed with a sort of mechanic, grinding attitude. The scratchy, jangly nature of the guitars is often incredibly refreshing too. Or try The Humming: another powerful dense track that seeks to create a mesh of interlocking textures and rhythms, shaking you up that little bit extra. Elsewhere the record has elements of Magazine, (I kept thinking that the soundscapes in Flies or This Tree have that lunar, iced-over quality of a lot of Magazine’s later stuff. And the bass lines have a feel of Barry Adamson too).

In fact – if we’re playing “let’s compare” – at times Flickering comes on like a Radiohead LP (Hibiscus has that same icy, forlorn balladry at play and has Radiohead’s metallic gear crunching) but for once I don’t think that’s a bad thing. It’s certainly not po-faced or overly maudlin, thank fuck.

A pretty brilliant record, all told.