These are often tales of the inner soul, the solitary dreamer’s inert reaction to the world around them, a sort of lugubrious coping mechanism

These are often tales of the inner soul, the solitary dreamer’s inert reaction to the world around them, a sort of lugubrious coping mechanism 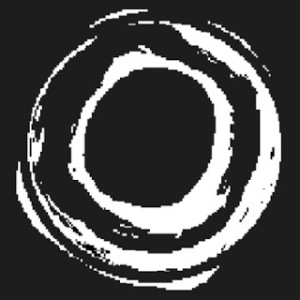 I really like Monster Island; amongst all the coded messages and murky sounds there’s a very engaging band to listen in to. The usual mix of clever drollery and clashing, shuddering guitars are present on this their new LP: the spidery, chugging guitars on Citizen Spy and Flattened; these and tracks like the low grade funk of Banned From The Library create a droll sort of mind-set from which it’s very difficult to escape; one that is hard to pinpoint but easy to recognise. To prise open what is really going on the gnomic world of Monster Island – especially whatever’s happening on the title track – may be a mistake anyway.

The Theme of the Evening is a skanky and messy whirl of bangs, dank clatters and mumbled diatribes. With Citizen Spy the band delight in intoning the chorus like someone repeating a shopping list at high speed, committing it to memory before charging into Asda or somewhere… Grim precision indeed. These tracks have something of Clinic’s psychosis; they share that Northern English Psychicke worldview that can somehow summon surreal portals from dank alleys and canal towpaths. These are often tales of the inner soul, the solitary dreamer’s inert reaction to the world around them, a sort of lugubrious coping mechanism, (one that is always entangled with using strange or uncommon words for the sake of it), a sort of truculent but supine boredom with everything around.

So, shall we say it’s all wry and cussed? Maybe, but this band, are not an overtly serious proposition really, there’s a lot of humour if you scratch beneath the surface. Now and again we get some party moments; Ferris Wheel is one up-tempo stomp worth many a replay and Ether Whip + is daft as in a “Bongwater sign to Postcard” kinda way. In fact the longer you plough through the world of Monster Island’s LP, the more unhinged it gets, Book of Beasts a blundering excuse of a synth track and Shaking Hands coming on like a lost Josef K shuffle. Last track Zoom, Zoom, Zoom is a real dolly mixture of sounds and attitudes. I’m not sure whether decoding the lyrics, (pigeons, life support machines, witches, Mormons), is something I should attempt.

Golly. And I never mentioned the F word anywhere either.