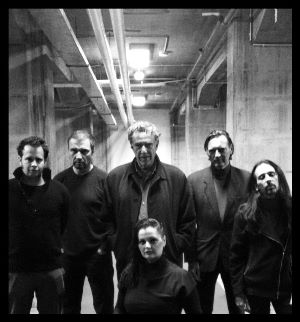 Oh my word and then some. I like great nights out, who doesn’t, but this was a great day; the sort of day that would – if it ‘starred’ Dylan Thomas, Julian MacClaren-Ross, Kingsley Amis or even Daniel bladdy Farson, and not silly old me – lead to a whole shedload of sensitive prose in learned tomes, from tweedy people who need to get a life. To begin; Incendiary ended up inflating their gut at the now legendary Katzwijm beer tasting sessions at Next to Jaap studios in Voorhout. Then we caught the train, and pissed out enough liquid to fill a camel on the way to Rotterdam. Then, in the company of righteous Luifabriek writer & probably best “tweetalig” writer in Holland, Jasper Willems, grooved about and chewed the cud in café Timmer (where the over 50’s Heads play). The evening was further enhanced by the buying of some yellow pepper/sambal mixture from the famous Roffa sambal delivery man; a sambal that will come “out the other end, vicar,” in exactly the same state and in exactly the same colour as it went in. Only then, suitably samballed, did we approach the Mecano(Un-Ltd) gig at Rotown.

Think of it. Mecano, (now in their Un-Ltd incarnation), playing Rotown. If that doesn’t get your saliva going I really don’t know what will. At Grauzone in January, they’d played a blinder and frankly taken a whole bunch of people, me included, completely by surprise. No, it seems that Mecano (Un-Ltd) have come back from lord only know where, with a sort of Bismarckian determination to ensure that they are remembered, and put back on the cultural map. You see, they feel they have the right. This band made a couple of utterly peerless records back in the 1980s, only to slowly slide out of people’s consciousness in the Netherlands. And now they have made another peerless record, recreated from whatever 80’s ectoplasm that Polak found creeping round the vaults.

Mecano, let it be said, are pretty special. That’s not really difficult with Polak’s bunch though, as they have a formidable set of songs to draw on. Stuff like the opening proto ‘Gothicke’ blast of Meccano, or the busy, growling gnarled polemic, Escape The Human Myth; a track that, on the night, ticked like a bomb. Or take the superb Dissident Lament, here a brilliant crie de coer dripping with brittle menace that came on like a prime time Associates cut. Or, for that matter, the epic, Baroque sweep of Room With a View; an absolutely classic torch song up there with stuff from the likes Soft Cell or Scott Walker. All this hyperbolic referencing is fine, of course but that’s not enough… what you really need to take on board is that on the night this new incarnation of Mecano were brilliant, utterly brilliant. The tracks were superbly executed, with Mark Ritsema’s guitar the key; adding a clean, clinical menace that allowed a tense, but supine bridge between Polak’s romanticism and the band’s polished, edgy synth-laden sweeps. And Polak’s voice, on this night’s evidence, is still incredible; he’s probably at the top of his powers, and utterly convincing in belting out these supercharged, Adorno-esque romans à clef. At Rotown, with his blood up, and feeling the crowd’s approval, he stomped around the stage like some male bison, snorting through his lyrics on Permanent Revolt and a brilliantly supercharged take on Untitled, almost physically herding his band to greater effort and meaning.

It must be weird for a Dutch band to retain sizeable fan bases in Greece, the US and Israel, but not Holland. Still, tonight, even in a Rotown that could have done with a few more inside to make it jam-packed there was a feeling of determination, of intent. One that was, through the howls for encores, reciprocated tenfold. A case of “let’s show these fuckers we mean business.” I tell you; if they play again you have to go. You have to.