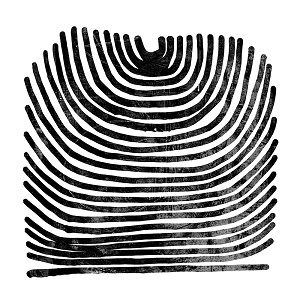 There’s always a sense of glory about Rival Consoles’ records. Granular, bitty and scratchy. Pugnacious. The provincial dreamer itching for a chance. When this pugnaciousness is given space, things get gloriously cross-eyed and giddy. Ryan West’s music is like Kingsley Amis’s great quote about boozing and having fun; “I want more than my fair share before anyone else has had theirs”. But it’s also in love with softer, more transient things like shape, and perception. His music lives, or acts (I’m not sure which) like those huge murmurations of starlings you see in autumn. Monstrous, flitting shapes silhouetted against a darkening sky; changing shape, noticeably individual, and often chaotic or seeming to be on the point of breaking up, but suddenly conforming to a new pattern.

This record, Howl, is brilliant. His best yet, hands down. The sense of restraint that runs through the record almost acts to tear up the music just as it builds into something we can latch onto. The opening tracks need time to sink in but they are the foundations for the more empathic passages that come later. What the opener, and title track Howl is actually about is never made clear. A restless, fidgety and impatient piece, it seems to find the idea of settling down and playing cool an uncomfortable proposition. Ghosting does indeed sound spooky, but spooky by daylight, spooky, being inspected under a lens. Ryan seemingly wandering about some old and crumbling industrial estate, communing with a waking dream. It’s incredibly sensual, but again driven by a sense of urgency. We can only grab at the melodies that float past. The swell – and drop – of the counterpoint melody that brings the track to rest is brilliant.

Afterglow has a sense of Analogue Bubblebath about it; a dirty but really quite beautiful secret being played out in a back room in Tamworth or Grimsby. Pre starts to give the record some shape and direction, a little tug pulling West’s thoughts in. But then, with tracks like Low and 3 Laments, the music becomes locked down, almost dumb. A whitewashed hospital room with the TV on mute. Operation notes from underground. Just when you think we’ll get a low key ending, the record bursts into emotional life. This St Vitus dance comes courtesy of the beautiful, insistent melody in Morning Vox, and Looming; which sounds like the ghost of some C19th Viennese ball, mixed in with a lot of radio matter. It’s achingly romantic.