The hoi polloi may fritter away their time and money in public houses, but I have darker passions. Unfortunately I rarely get the chance to indulge them.

Tonight, though, was special. Having spent the evening with a troupe of vengeful frauleins, lustful dwarves and moist maidens my ardour was sated. A truly invigorating experience, even if it did test my endurance.

It is my belief that ENO – the opera company rather than the light-fingered Glam rock refugee  – should be legally bound to perform Wagner’s Der Ring des Nibelungen at least once a month.

My elation was somewhat tarnished by having to return to the Misanthrope Club and spend the early hours listening to the caterwauling of the perpetually sexually frustrated and their musically challenged cohorts. Unfortunately, although opera sustains the spirit it does not furnish my table with vintage wines and putrefying cheeses.

I opened the package from my nephew with heavy heart and perused the contents. Maybe I had been too quick to judge? Amongst the usual dross there were two items that piqued my interest. Firstly an album that came with its own libretto and a work by two young men who dress with aplomb – they may eschew tweed in favour of corduroy, but it’s still a cut above; I will endeavour to introduce them to my tailor – and remind me of a better time when people spoke properly and women were only permitted to sip halves in the lounge. Who knows what other treats the night will hold? 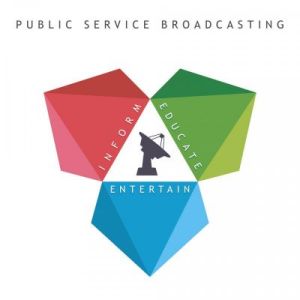 Fusing audio samples from Public Service Broadcasts with masterful electronica and drums, PSB sound like the BBC infiltrated by cybermen. Yet, despite its obvious nostalgia, this is a breath of fresh air. Many bands have tried this sample-based collage technique but, with the possible exception of Stenski & Mass Media’s seminal ‘We’ll Be Right Back’, few have succeeded.

From the barnstorming Spitfire to the rarefied atmosphere of Everest, via the reassuring clatter of Night Mail, never before has infotainment been such fun. Enjoyable and entertaining, what more could you desire? Lit Up featuring Thomas Woodrooffe’s magnificent performance describing the Spithead Review is a personal favourite. ‘It’s gone. It’s gone. There’s no fleet. It’s disappeared.’ Genius and a stark warning to the bibulous.

My one concern is that the band’s music, image and personae are fused into one ‘ironic’ whole and I wonder where they will go next? I also wonder whether Wrigglesworth’s moniker was inspired by Uncle’s Monty’s tandem riding friend?

If jazz and kosmiche musik pledged their troth, and invited every instrument and interesting noise, the marriage would sound like this.

Dissonant and even deranged, this esoteric exotica is acoustically diverse and stimulating. Wide-ranging and expansive, I cannot name all the instruments and sounds that are expertly combined to create exotic new vistas. At times redolent of strange degenerate rituals observed by damned creatures lurking in the undergrowth, at others far less challenging lounge music.

Alas, my knowledge of jazz is limited to Bix Beiderbecke’s cornet playing sounding like bullets shot from a bell and that Ron Burgundy is one mean jazz flautist, and I fail to fully appreciate this work. But I am inspired and will delve deeper.

What could be more pretentious than the ‘soundtrack to an imaginary film’ especially if it comes with a libretto. And yet this album is wonderfully beguiling. Lobotom is what would have happened if a neurotic Alice had, rather than following rabbits down mysterious holes, stayed at home and explored herself.

This is a subtle work with minimalist musical accompaniment that should be listened to rather than described. A world where strained vocals, exaggerated emphasis and bizarre harmonisations create evocative, haunting and mesmerising encounters.

The only problem is that it is not much, much longer. I wished to spend hours immersing myself in the protagonist’s subconscious and this tantalising glimpse fails to suffice. Maybe, like Alice, Maud will return to reveal more.

Tilly and the Wall; Heavy Mood

Like a stoned pizza delivery boy who weaves his moped all over the road before crashing into some bins, Heavy Mood is incoherent and fails to deliver. Initially guttural, primal and fast paced this rapidly descends into saccharine drivel.

Similarly the lyrics have their moments, ‘my baby’s got all kind of guns, and he sticks to every one’ stands out, but such gems are rapidly replaced with puerile playground boasts, ‘you and me would fuck some bitches up’, before hitting the depths with ‘I believe in you, but I believe in me’ replete with singing children, an unforgivable sin. Jarvis Cocker where are you now when your country needs you?

Naïve in the extreme, these self-described radical, free-form musical activists, ‘apolitical but fervently pro-people’, seem to have nothing to say but love is good and life is wonderful. It isn’t. This is a world where Somalian guerrillas rape babies to become invisible. Protest music needs the passion of Riot Grrrl and the articulation of Bragg. A singalong in a nursery achieves nothing except highlighting your ignorance.

There have been few covers with codes on them, and there is a reason for that. One I will illustrate with a fairy tale.

Once upon a time there was a band who rather than opting for a moody photo or suggestive artwork chose a cryptic cipher for their cover that one reviewer – reminded of his time at Bletchley Park (a member of the Latrine Corps admittedly, but he was still an essential part of the team: you can’t solve fiendish enemy transmissions on a filthy thunder box) – wasted all his time unsuccessfully trying to crack the code rather than evaluating the music. Thankfully the album was easy enough to review.

Experimental, avant-garde and abstruse are characteristics I normally rhapsodize, but there is a limit. There must be structure and composition, if not it’s just noise. This is a painful ordeal perfect for clearing a room or unsettling a cult before you send in the tanks to burn them out.

Focusing on the positive, the key is published on their website rather than a subsequent album, so you don’t experience months of frustration waiting for it to be released. A situation some lachrymose Mancunian purveyors of synthpop forced me to endure in 1983.

Heather McEntire is no Emmy Lou Harris, but has a passable voice, reminiscent of Dolly Parton before she resorted to self parody, but it is wasted on subjective, oblique lyrics detailing melancholy memories of an uneventful past in a small town she inexplicably yearns for. Personally I think she should be grateful to have escaped. It’s a dreadful, dreary place.

Miracle Temple is a paltry affair with no flair, minimal variation and no hook. Mount Moriah a group of wannabe hipsters who couldn’t cut it in the big city, so they’ve fled back to someone else’s roots and are desperately trying to make it in a genre whose nuances they don’t comprehend and lack the talent to master.

The deluded scions of Gram Parsons, this is Spartan and mournful. More grieving than grievous.

Stephen Watt can be tracked down at his garret in Hartlepool or contacted electronically at theheadcleaner@live.co.uk