Argentina’s Las Kellies live in their own world that’s for sure.


Argentina’s Las Kellies live in their own world that’s for sure. 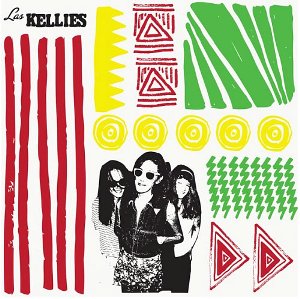 Now this is something I would expect you all to check out.

Yes, another spiky girl guitar band with a feeling of the Slits in places, but it would be such a shame, such a crying shame to classify such a fun, clever band in so unimaginative a way. This is a great record chockfull of fun pop: the tracks are mini worlds in themselves, veering between styles like a rubber ball. None of the songs really relate to each other, and in some ways that’s the biggest strength, you can get completely absorbed in a particular song; the infectious skank of Bling Bling, (with its refrain of “I’m a Deep, Deep, Deep, Deep, Deep Sea Diver!) is one of the most danceable records of the year.  There are some moments on the record that are almost hermetically sealed away, such as Adwenture – tracks that are more in keeping with King Tubby than girl pop. Despite their engaging stage presence, (incredibly they once played SUB071 in Leiden, dressed up in costumes, and tore the place down), Argentina’s Las Kellies live in their own world that’s for sure.

So they mix it up, that’s a given, but they do it so well, the music never feels forced: they can turn their Muse to punky pop, (Perro Rompebolas), trance work-outs like the brilliant and all-too-short Hit It Off (which comes on like a Fall blitz), or cod sixties love songs like Dance The Séance and Suffisant, (a great, cheeky, upbeat ending to this record incidentally).

And some of the lyrics and vocals are brilliant: on Erase You, “Erase you, just like a drawing !/Erase you, flush you like my toilet/Erase you, show you I’m a woman”.  Or the ridiculous cod posh voice saying “To Whom It May Concern” on Keep The Horse. The song titles are mental too; I mean, Cous Cous? Who writes (such a good) tune about cous cous? Or a song about debt called Keep the Horse? No, it’s fair to say there’s a fair whack of an original intelligence at work here. This is one of the most enjoyable infectious records you are likely to hear all summer .

(PS I notice it’s produced by Dennis Bovell which means you have to get this LP!)