a puckish, playful record of real charm and strength

a puckish, playful record of real charm and strength 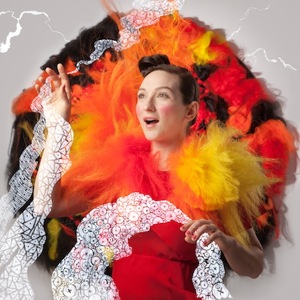 If All Things Will Unwind, then you could do a lot worse than sit down and listen to this while they do. My Brightest Diamond’s latest release is an absolute joy. A quirky, idiosyncratic, beguiling and enchanting record, All Things Will Unwind sees Shara Worden steer the My Brightest Diamond boat around and head for new musical shores, armed with the feelings and emotions of a new mother and a new set of rules and regulations to live by (she doesn’t play any instrument on this record that can’t fit in a suitcase).

If you’re familiar with her last record, All Things Will Unwind feels, at first, incredibly genteel when compared to the intensity and sensuality of Bring Me The Workhorse. All Things… isn’t as visceral or as immediate in its impact, it floats around you in a quirky, puckish manner. It’s certainly more playful, less direct than its predecessor and creates a sonic world of charm and beauty that is absolutely engrossing. There’s a clever mix of charm and intellect at work here. Take the opener We Added It Up, at once an honest discussion and dissection of the compromises needed to construct an effective relationship as well as a playful exercise in language;

There’s a real sense of joy to the track. It coasts through a medley of gentle melodies and finishes with a repeated refrain “Love Binds the World” that, in any other hands, could have turned the song into something too soppy and schmaltzy to be palatable but Worden succeeds in holding it all together because its delivered with such sincerity. That sincerity is ever present on this record.

By restricting herself as to what she could and could not play on the record, All Things… forces Shara to concentrate her communication down to her lyrics and performance and as such her voice acts as the focal point and central focus of the record. This seems to have liberated her in some sense and the arrangements that surround her voice are incredibly layered and vibrant. Things rarely get into a groove, each song consists of a number of contrasting and contradicting melodies. It truly is a fascinating and incredibly rewarding listen.

All Things Will Unwind is such a classy, cohesive and, in many ways, captivating record. So good in fact, we should be talking about My Brightest Diamond in the same way we do Bjork or Tori Amos. She deserves similar acclaim for what she’s accomplished here.  She may, at times, give off the impression that the lyrics are delivered with her tongue firmly in her cheek, or are to be delivered with a knowing wink when performed but that doesn’t matter because you sense her honesty at all times. She asks you to open up to her, to come with her on an emotional journey and, although she may crack wise every now and again, she never betrays your trust. If you give her the time, she will reward you. And what a reward.

Music doesn’t often come in forms as intricate, passionate and undeniably beautiful as this. All Things is a puckish, playful record of real charm and strength and comes most heartily recommended. Cherish it.