And who amongst us would not, in the light of recent revelations, draw succour from the idea that “you cannot reconstruct a culture without incinerating a few disc-jockeys”?

And who amongst us would not, in the light of recent revelations, draw succour from the idea that “you cannot reconstruct a culture without incinerating a few disc-jockeys”? 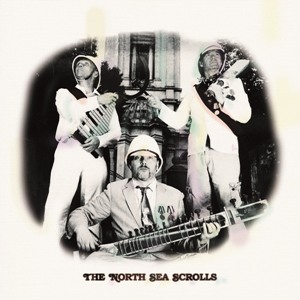 Derived from a stage show which debuted at Edinburgh, its main progenitors Luke Haines and Cathal Coughlan (along with former Melody Maker writer and warzone tourist Andrew Mueller) have a spiky and angry reputation. So it might be something of a surprise to find that it’s more whimsical than genuinely satirical.

But Haines is the creator of, amongst others, Professor Karl Wilkie – Beatles denier, and you get the impression that his self-documented feuds (continued here on occasion – the canonisation of Chris Evans not exactly being a recommendation in the circumstances, necessitating a peremptory murder to speed him on his way) are largely invented for his own and others’ amusement. Not to mention an album last year that imagined Big Daddy’s Casiotone compositions. Cathal Coughlan has a history of using light entertainment mainstays from Jimmy Tarbuck and DLT to Frank Bough to people his unflattering portraits of his adopted and home countries. Not to mention the straightforward silliness of his Bubonique side-project. Mueller too always had a fond eye for the ridiculousness of his subjects. So the mix of spoken word interludes and stagey tunes is pleasingly, if rather gloomily and bitterly, daft. Nevertheless it does add a few more brush strokes to picturing the ridiculousness of the little Englander’s colonial self-importance and, with its slightly mildewed cast of third tier (not-so-)well-knowns, it nods to how 20th century history has of late been relegated to images punctuating the banal reminiscences of the cheap-to-employ-for-an-hour’s-pontification.

All three principals can turn a fine phrase too, so it’s full of quotable contrivances. At their best Mueller’s spoken contributions (overlaying all manner of backing from muted electronica to violent-sounding tennis rallies) sometimes call to a more pointed companion to Viv Stanshall’s inspired Rawlinson monologues. It might be a little niche – the trio draw their own comparisons with the commercial appeal of a Dave Brock side project (not to mention having a hot-air balloon toting Hawkwind saving the scrolls for posterity) – but there’s a certain sort of greying music fan who’ll love it (erm, chiefly specky 40-somethings like me). And who amongst us would not, in the light of recent revelations, draw succour from the idea that “you cannot reconstruct a culture without incinerating a few disc-jockeys”?

This article laid unmolested in the vaults of www.soundsxp.com before being smuggled out with the aid of an indentured flamenco guitarist