it’s a beguiling listen and one to stick on if you’re feeling abstract.

it’s a beguiling listen and one to stick on if you’re feeling abstract. 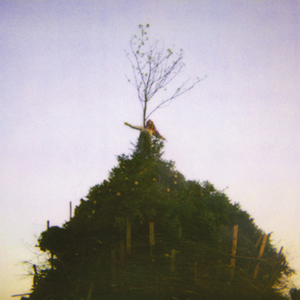 A nice brooding ambient release; and one that might pass you by if you’re not careful. Alphabet 1968 relies on a lot of cut up effects and samples; used to bewildering effect on the drowsy Jonathan, which seems to be a mélange of rain drugged piano and children’s voices. Elsewhere Trapez and Rauschen stumble around meditatively to no real purpose, though in a pleasant enough manner. Cut ups and jumbled effects dominate pastoral Musik Für Alle and Amateur too. The nearest we come to a tune is Traum Gmbh which is driven by a fairly dolorous church organ and ghostly wailing synths.

So, it’s a very hesitant vibe: there seems to be an unspoken agreement on the musician’s part not to give too much away. A good example is Forst, which, with the help of a muffled beat and sequenced piano maintains a low key, monochromatic pressure – a pressure which becomes pretty damned powerful the longer you stick with the track.

In conclusion, nothing really jumps out at you, and it’s all pretty one paced (I’ll be honest; there’s no tempo at all, maybe Houdini Rights or last track Hotel Freund – with it’s surprising cod-classical pay-off –  raise a bit of urgency). But even so it’s a beguiling listen and one to stick on if you’re feeling abstract.