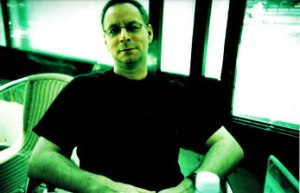 I think it is, however, important to make some kind of interpretation of the zeitgeist, just not the same as everyone else does!

I think it is, however, important to make some kind of interpretation of the zeitgeist, just not the same as everyone else does!

This month Incendiary was lucky enough to grab a bit of net-time with the great Colin Newman, he of Wire and Githead fame and ask him about said bands, the long-departed but briliant Silo, and biscuits…

IN: You’ve been active in the more creative, alternative side of the music scene for a long time: I’m going to ask you what do you see as the major cultural or creative shifts that have affected your role as a music maker. What are the discernible differences between then and now?

CN: The context is changing all the time. In 1977 I was just a person in a band and I guess a songwriter. Now I’m in 2 bands, run 2 labels, do production duties on everything that comes through the studio and am the all-round general, responsible person in many situations. I think it’s really important to understand the context one is operating in and try to see the biggest possible picture.

IN: Continuing the time theme, I always get the feeling listening to the old Wire records that they seem to belong to no time at all…

…And some of your work with Githead gives the same feeling of ambiguity as regards addressing the here and now. Was and is that a conscious thing on both band’s part or is this reviewer getting his knickers in a twist over nothing?

CN: I would love to say it’s all 100% conscious but really the main thought always is to try to not copy and try, within whatever context one is in, to move things forwards. I think it would be very sad to produce things which are totally locked in a certain time because they only have one life at the time and after that can only be a revival. I think it is, however, important to make some kind of interpretation of the zeitgeist, just not the same as everyone else does!

IN: Two immediate thoughts I get when listening to Githead, which I’d like you to comment & maybe expand on: Githead seems to be a very sleek machine. Githead also seems to be a very positive vehicle, snappy & vibrant. Fair comments?

CN: Well firstly I agree! We have our moments but it is definitely built on positive energy. I think we kind of like the idea that it somehow, beyond obviously being a pop/rock band, defies obvious categorisation. I think that’s a lot to do with approach. In many ways we all come to it from a perspective which doesn’t really have general pop/rock as a centre of gravity so we can be, I hope, quite fresh about how we approach it.

IN: Your work with Githead doesn’t half remind me of hippy punk; especially a band like Amon Duul2: the band seems to explore grooves and moods – and you seem to choose your moments to go berserk; why is this?

CN: Not sure about "hippy punk"! However we’ve certainly been classed as "krautrock" on more than one occasion. I think it’s got something to do with the "motorik" (groove). It’s would seem on the surface of things easy to talk about Githead’s "krautrock roots" but in many ways it’s an area we feel very comfortable with. Malka & I’s favourite live band last year was Holy Fuck and we remain very good friends mad musically close with the To Rococo Rot / Tarwater axis.

As for the berserk bits, well you gotta go berserk at some point 🙂 We call it "dynamic", hahahaha!

IN: How does creating with Githead differ to what you make with Wire?

CN: I know this is gonna sound like super dumb but the main difference is the people! Githead can jam a piece from the tiniest idea to a finished piece in 20 minutes. Wire always needs stuff written but can totally run with something when it gets it. Max & Rob are so totally different as drummers and it would be hard to find two bass players more different that Malka & Graham however both are very long established rhythm sections. Obviously Bruce is no longer with Wire but I cannot imagine two people more different than Robin & Bruce!!

IN: Loved the Wire shows back in 2008 by the way, the one in the Ekko, Utrecht was drawing on some strong elemental forces! What’s next for Wire?

CN: Wire is currently on tour in France. A series of warm up shows leading to an appearance at Primavera in Barcelona. We have a new set and a new guitarist for live (Matt Simms) – we are part way towards finishing the next album slated for a Jan 2010 release. It’s going well!

IN: I always liked Silo’s LP Instar, on your Swim label: that was a very powerful and subtle record, and that seemingly dipped under the radar. Can you tell us about that LP?

CN: Silo were unique and totally ahead of their time. Fundamentally a heavy metal outgrowth subverted by post-rock (Metallica meets Tortoise) They played their first demos to me in a tracker program on a pc laptop! Their concept is really about the application of precision to the car crash of styles they melded. I miss them a lot! They did 2 albums for us. Instar was the first and was worked between this place Soren had in Hackney & our studio. We mixed it chez swim. The 2nd album Alloy was mainly done and mixed in Fred’s studio in Copenhagen. The fact that there never was a third album is down partly to the fact that Fred (the band’s resident boffin) got asked to join a friend’s start up writing apps for mobile phones. They became the major player in the Danish market. He has a share of he company which at some point he will sell. Whether he will return to music I don’t know…

CN: Save the hard question till last will ya!

I dunno, a high class choc chip can go down well, any of those super nice grisbi ones and waffle tubes with halva filling are pretty nice. And not forgetting stroep wafel!! All washed down with strong black coffee from our Senseo 🙂