an immense, powerful and at times colossal record

an immense, powerful and at times colossal record 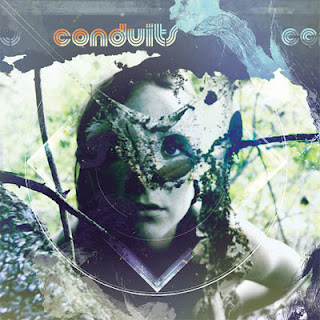 Shoegaze fans are a predominantly shy lot, until it comes to defending their musical heroes. They often look at you from behind some floppy hair but they like their music to be big, emotional and powerful. They may talk to you in mumbles but they want direct, uplifting music of ear shattering volume and they want it to go on for a week and a half.. Ladies and gentle foot watchers, I bring you Conduits, the new soundtrack to your next footwear inspection. Honestly, Conduits – the record, not the band – is an immense, powerful and at times colossal record. It sounds like it was recorded in a tunnel. Guitars wail, drums and cymbals shimmer and echo while basslines throb and pound their way around a femal vocal of ethereal fragility. Which is exactly what this kind of thing should sound like. Conduits – the band, not the record – wear their foot watching influences on their sleeves but what makes them something really special is that they aren’t afraid to let a groove sneak its way into the proceedings every now and then. I swear you could actually dance to Misery Train and The Wonder; and in more ways than just shuffling your head from side to side.

Conduits – the album, not the band – is a fantastic piece of work. The fullblooded, throbbing basslines are worth the price of entry alone and the shimmering, wailing guitars – particularly on the Wonder – are sharp and precise enough to cut. Throw in some chunky riffs and the kind of vocals Enya has spent a lifetime ruining for everybody and you’re on to a good thing. A very good thing indeed.

Plug yourselves in, turn up the volume and do what comes naturally. Stare at your feet and smile while nobody can see you.