Talking of yearning after unattainable goals here’s Scott in 2008: ‘Essentially, I’m really trying to find a way to talk about the things that cannot be spoken of.’

Talking of yearning after unattainable goals here’s Scott in 2008: ‘Essentially, I’m really trying to find a way to talk about the things that cannot be spoken of.’ 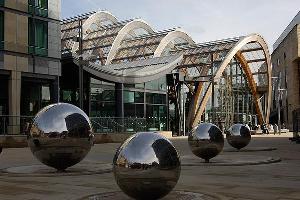 Few musicians can have been as ill-served as Scott Walker by the work of their biographers. There’s a perfunctory ‘standard’ biography and a host of self-aggrandizing tosh written by people who should frankly know better. I’m talking about you, Jeremy Reed. What he needs is someone like Jonathan Coe, whose biography of B.S. Johnson was such a masterpiece, managing to mix Coe’s very personal views on Johnson’s work with a well researched and humane telling of the author’s life. But in the meantime we’ll have to make do with the recently released collection of essays from The Wire magazine, No Regrets.

It’s The Wire, so we have to accept there will be pretension and a complete absence of (intended, at any rate) humour. There is also a degree of cussedness: the shortest essay covers Scott 1 & 2 whilst the longest (by some distance) covers the easy listening part of his career. The 15 essays follow Scott’s career in chronological fashion but largely avoid the biographical: the interest lies with the music, not the man. As ever with these things it is something of a curate’s egg. A kinder editor would have politely asked Nina Power to start again on her overview of Scott’s first two albums: there’s very little here of interest or insight. A more diligent editor would also have trimmed Ian Penman’s essay on Scott’s easy listening period by at least two thirds. As ever with Penman there are some really good ideas and some entertaining riffs. But there is also a lot of repetition and frankly indulgent pontificating. Overall there’s also a good deal of information that was new to me and there are some good essays. Just be ready to hurl the book across the room at various points.

(For what it is worth I think Scott can be summed up in one word: Romance. By which I mean romance in the sense of love, lust, desire and loss. And romance in the philosophical sense of romanticism: the movement that validated strong emotion as an authentic source of aesthetic experience. Romanticism prized emotion and intuition over the Enlightment’s rationalism. Powerful and untramelled feelings are what it is all about, the artist existing in a state of heroic isolation. In Scott’s classic period we have the perfect synthesis of the two and, just as importantly, a voice capable of expressing it. Mid-period Scott is so disappointing because we only get the romance; late-period Scott is so different because we only get the romanticism. Here’s Isaiah Berlin on Romanticism (who’s book The Roots of Romanticism is well worth a read): [Romanticism was] a new and restless spirit, seeking violently to burst through old and cramping forms, a nervous preoccupation with perpetually changing inner states of consciousness, a longing for the unbounded and the indefinable, for perpetual movement and change, an effort to return to the forgotten sources of life, a passionate effort at self-assertion both individual and collective, a search after means of expressing an unappeasable yearning for unattainable goals.” Talking of yearning after unattainable goals here’s Scott in 2008: ‘Essentially, I’m really trying to find a way to talk about the things that cannot be spoken of.’

On the listening side we’ll start with a quick visit to re-release corner. First up Michael Nyman‘s self-titled second album from 1981. Nyman, who supposedly coined the term ‘minimalism’ once accused fellow composer Philip Glass of having no tunes. To which Glass might have replied: that’s a bit rich coming from someone who’s nicked his best ones. Nyman famously drew on the works of Henry Purcell for a couple of the scores to Peter Greenaway films and here he takes on Mozart on In Re Don Giovanni. Who cares about the origin: it’s a little cracker. I tend to think of early Nyman as the glam-rock of minimalism, all exuberance and stomp.It’s in evidence on a couple of tracks here but the more mature sound of the Greenaway soundtracks is still a couple of years away. For anyone interested in Nyman’s work it’s an essential listen (and a damn sight better than the score for The Piano!)

This month’s other reissue of note comes courtesy of James Yorkston. As readers of this august tome are aware we bow to no one in our appreciation of Mr. Yorkston so I will not waste time by preaching to the converted (you must be converted by now, surely?). Suffice it to say that Yorkston’s debut Moving Up Country is a truly wonderful album. I’m not, in truth, quite sure why it is getting a 10th anniversary reissue (complete with a second cd of demos and Peel sessions) but I’m grateful that it is. For one thing it has meant I have an excuse for buying it a third time (the other two copies having foolishly been lent to friends) and for another it will hopefully mean he picks up a few more fans along the way. For those only aware of his later albums Yorkston’s debut is certainly his most listener-friendly: the songs are instantly catchy and it sounds much more like the work of a band than a solo artist. Since then the Athletes have taken rather more of a back seat and the songs have felt much more personal. And just as good, mind.

Finally, someone (thank you Bella Union) has had the good sense to reissue Van Dyke Parks first three albums. Whilst it hasn’t been too difficult to get hold of Parks’ first album, Song Cycle, his follow-ups (Discover America and Clang of the Yankee Reaper) have been as rare as hen’s teeth. Song Cycle is a stone cold classic and the others aren’t too bad either. Buy them all while you can! Oh yes, and wince at the spelling mistake on the spine of Clang…

Now the new stuff: first up the excellent new album from Atom TM, Winterreise. Those who enjoyed Liedgut (and let’s be honest, who didn’t) will find plenty more to revel in here. The sounds are similar: electronic clicks, whirrs and hums form the basis of the tracks. There are beats and there are melodies but these are used sparingly. Sometimes the tracks will slip by and on other occasions the clicks will coalesce into what might be described as tunes. It’s a more austere prospect than Liedgut though that is perhaps not surprising as it based (however slightly) around Schubert’s song cycle of the same name. Said song cycle follows a jilted lover’s winter journey into loneliness and alienation. So no humorous mobile phone interference gags here though waves of static play quite a large part. If there isn’t the killer track (or suite) that Liedgut possessed, Winterreise benefits from a more coherent feel and is, overall, a more successful album.

Squarepusher proffers a very different electronic experience. His latest album, Ufabulum, keeps to the usual Squarepusher template: hyperactive electronica that spends most of its time being pulled and apart and pulverised into new and awkward shapes. Opener 4001 is a cracker: a kind of religious rave that is destroyed before euphorically returning. The breaking apart of the music is a constant theme throughout the album: the listener is never, not even for a moment, allowed to settle. Not that all the music rushes by at breakneck speed. The middle of the album feature two rather eerie numbers: picture Doctor Who creeping down a corridor in 1982. For my money Squarepusher is not at his best with the slow numbers. Melody is not his strong suite: he’s at his best with short blasts of tune being battered by the background beats. But then that’s the thing with Squarepusher: it’s impossible to imagine anyone liking all of a Squarepusher album; possibly not even Squarepusher himself. For me, I struggle with his love of jazz bass (I can’t believe I’m alone with this – you’re not – ed). Happily the bass is largely in abeyance on Ufabulum and the final third of the album is probably the strongest part. It’s not his best album but it’s a good one and, as ever, contains a couple of absolute crackers.

Finally, a trip back to last year. Our august editor put the boot into Julia Holter‘s recent album Ekstasis.(Oh, it was alright, it could have been more, MORE – ed) For my money the review was a little harsh: there are some great songs on there and, as ever, one or two that could easily have been excised. Her first album, Tragedy, was released last year and on the back of some rave reviews for Ekstasis has been released on CD. It becomes immediately apparent that Ekstasis is a much smoother and poppier beast than Tragedy. Tragedy lacks some of the tunes (though it does include Goddess Eyes, probably the best song Holter has created) but it more than makes up for it by having a far more interesting overall sound. If Ekstasis could, at times, be cloying, Tragedy is just plain strange: honks and hoots of tugboats, songs from 1930 films, synth drones, medieval tints and an overall concept based on a Euripides play. It probably sounds awful but it’s not. It’s not as easy a listen as Ekstasis but it is probably, ultimately, more of a rewarding one.