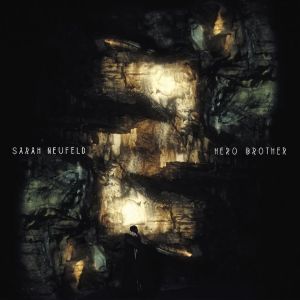 A fine record; and a quiet, subtle one from the Arcade Fire’s fiddler Sarah Neufeld. Hero Brother conjures up a few very strong images, but in the main this is not a bombastic or assertive listen, it’s quiet, precise, and very reflective indeed.

Frankly I’d take this any day over the Arcade Fire’s output which (whisper it) fails to rouse me at any point, ever. Or for that matter Neufeld’s other band, Belle Orchestre, who always sounds too worthy and clumpy for me. The music contained on this LP is another matter entirely. It’s verging on the hypnotic despite the sparseness of the sound. Neufeld’s also got the multi-talented genie that is Nils Frahm involved, which is a canny move, as Frahm always brings a bag of sonic pixie dust along; the lightest gesture somehow transforms anything he touches. His contribution is really noticeable on the spine chilling Breathing Black Ground, where Frahm adds a harmonium part; the track has a feel of one of Nyman’s quieter moments; especially that drop in the scale which is allied to a perceptible change in pressure and octave about 4 minutes in. It’s magic. Frahm pops back on the penultimate track, Forcelessness, this time on piano, and adds some mercurial, sometimes poignant flourishes to the wistful fiddle line.

Sometimes things are stripped right back, and it’s you, Sarah and the fiddle. This isn’t as daunting or a tedious as it could be as there’s a really different element to this recording, whilst not going as far as to say the sound is otherworldly, it’s most definitely eerie at times. Somehow tracks like Wrong Thought, Right Thought and Hero Brother feel at one remove, in a parallel time frame.  You don’t feel uncomfortable, rather watchful, waiting for something to reveal itself. The voice floating in near the end of Right Thought reinforces the sensation that you are listening o some sort of spectral gig or some old long forgotten cylinder recording.