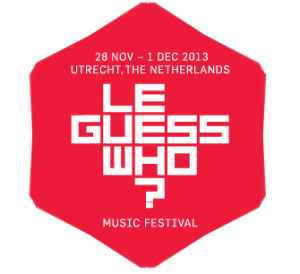 But for most of the crowd, I wonder if they were just here to stare at Mark E Smith. His status is becoming like one of those First World War, “last survivor” veterans they used to inappropriately wheel out at remembrance ceremonies a few decades back.

But for most of the crowd, I wonder if they were just here to stare at Mark E Smith. His status is becoming like one of those First World War, “last survivor” veterans they used to inappropriately wheel out at remembrance ceremonies a few decades back.

Ah, lovely Utrecht! Incendiary always likes to saunter through its streets, turning our noses up (in a display of weird, reversed snobbery) at its bijou shoppes and all the well-heeled, well groomed types who live here, scoffing their Paninis and sipping their hand ground coffees or whatever. One day, Incendiary will be as rich and as manicured as them, and then Incendiary will also dress in that Burgundian/Italian casually expensive manner and also eat small things garnished with exotically procured oils and strangely shaped lettuce leaves whilst looking at the new handmade nonsense we’ve bought in a pop up artisan “local resource” shop. So there.

Where were we? Oh yeah. We were in Utreg to take on board the offerings that the marvellous Le Guess Who? festival had to offer. Always a good fun festival, and always worth it – despite the carb burning treks between Helling and Ekko – Le Guess Who? boasted a pretty formidable line up this year, and on the Thursday night an embarrassment of riches (such as Mark Lanegan, King Khan) and a surprise appearance from The Fall.

First up in the booming glowering old hall of the Tivoli was Dirty Beaches, (now a duo) who started their gig with a soundscape consisting of a clashing sound and some moody feedback. All very arty but something that puzzled the audience. Was this really the start of a quick sound check? Nope, this was the gig, this was art. Matters continued in this manner for a good ten minutes, the industrial ambient noise changing by subtle degree now and again with no hint of any “stagemanship” from the pair; who preferred to stare at each other or their equipment. Incendiary got sucked into this passive aggressive scene, intrigued by the standoff between a bemused and incredibly patient audience, and a cussed, determined band intent on doing their thing. The sound did eventually warm up (it had to, logically, at some point); beats got louder, noises more pronounced.  And at times we got snatches of clattering rhythms that reminded us of PiL’s Fodderstompf. Or the Gristle’s Discipline, or the Cabs’ Nag Nag Nag. You get the picture, slightly atonal, remorseless beats, and dogged attitude. Things started to unzip sonically with the employment of a sax, the textures getting slightly dubby and frayed. This was good stuff and we slipped deeper into this weird, Stalker-like scene, wondering when the sucker punch would happen. It didn’t! 40 minutes in, they stopped, turned and bowed to the crowd and exited stage right. Unprepossessing, but in a very good way. Savvy?

What a weird way to start the night.

And by way of contrast some good old fashioned showmanship with King Khan and The Shrines! We lost count of the number of caped musicians onstage. There was a lot of them; a brass section, keys, skin hitter, geeetarists too. A friend reminded us that a previous time King Khan turned up at the Paradiso the drummer was an octopus (how on Earth had we forgotten that!?). Still, it’s the Shrines now, it’s a new show, and shit can’t keep harking back to the days of octopus suits. Oh no. Khan’s got this Glam soul attitude to work through; one that veers wildly between psych Mod burn outs reminiscent of the Action and a full on soul review. Lots of stuff off his new LP, Idle No More got aired, as is only fitting, highlights being the fuzzed out bubblegum of Born To Die and the great Luckiest Man.  Khan bestrode the stage like a colossus, every move worked out, every aside beautifully essayed. Prime time Eric & Ernie, but Eric & Ernie with a punk cob on. Even the keyboard player lost it, carrying on the noble tradition of loony key thumpers like Rick Wakeman and the great Eamon Hamilton from BSP by throwing himself into the crowd. Class. Just what we needed to get the blood flowing before The Fall.

Ah now, The Fall. Or The Mighty Fall as Peely called them. They’ve always had an enthusiastic following here, and on the night this crazy contingent’s numbers were bolsted by a fair number of diehard away day fans. The front was rammed, the odd Rat without his Raft was spotted, stood next to lads and lasses from Germany and Dewsbury, all in town to take on board the latest incarnation of the band that Mark the snark built. There was even a wee bit of jostling for position; the sort of thing reserved for moody Amsterdam Goths at Nick Cave concerts. But for most of the crowd, I wonder if they were just here to stare at Mark E Smith. His status is becoming like one of those First World War, “last survivor” veterans they used to inappropriately wheel out at remembrance ceremonies a few decades back. There to be ogled at and little else; a sort of ogling whereby the audience just needs to gaze on, to seal some sort of empathic contract with the object of their curiosity. “I was there; I have been enriched by my gaze.” That kind of thing.  Luckily Mark E Smith isn’t interested in all of that; people come and go (just ask former band members) but he carries on regardless. He’s still got that knack of putting on a captivating performance without giving a monkey’s chuff. In fact, on the night he was visibly in a pretty good mood, even cracking out into a grin now and again, handing out lyric sheets to the audience, like teacher giving back essays.  We got the whole set of stage tricks too; the grumpy old fella taking a fag break behind the amps routine got a good airing, as did the amp bothering, mic stand arranging impressario. He timed his forays to the front of the stage brilliantly; lurching forward like some curmudgeonly old neighbour about to berate you for making too much noise in your back garden. But it works a treat as it not only gets people cutting rug, but also refocuses the attention on the music at crucial points. As to their music, well it still has that hypnotizing, grungy groove about it. I can’t say I’m up to speed on their repertoire as the last Fall LP I really got into was Ersatz GB, and Re Mit has passed me by a bit, outside of digging Irish. But we got a hollered Strychnine, a great Sparta FC and a killer What About Us (ah) for the encore. That was enough.  The Tivoli’s gloomy, musty atmosphere suited them (last time, under the unforgiving high tech lighting at 013, MES resembled a waxed dummy or battery operated garden gnome) and somehow gives a space and depth that they needed. They were always an arcane band, and anything too bleached or light seems to spoil the weird sonic charade they can conjure up. Ach what’s the point in going on?  It’s good to just tune in and forget about whether they’re going through a “good” or “bad” patch; as the world of Mark E Smith is still an intriguing one.

After this it was up to the Ekko to see Meridian Brothers who basically tore the place down with their psychicke salsa. Those unacquainted with their sound would do worse to think of a spaced out (and I mean spaced out, Kim Fowley style) Señor Coconut. Theirs is playful music, light on its feet, fluent and possessing a beautiful, open attitude that is impossible to carp at. And for once, the number of instruments used (Sax? Clarinet? Ocarina? 2 laptops? Why not?) just added to the whole rather than got in the way.  Oh yeah… their take on Foxy Lady was possibly better than Hendrix. Beautiful. After that it was the hell of the night train to Leiden and a fitful sleep.  Bring on day two!