Be warned! This LP – like a lot of his solo LPs it seems -has a sinister ability to smooch along in the background, without you ever really engaging with it.

Be warned! This LP – like a lot of his solo LPs it seems -has a sinister ability to smooch along in the background, without you ever really engaging with it. 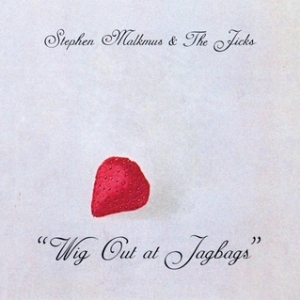 Ah, look, here’s a new Malkmus record. What do we think of it?

But what, friends, does “essential” mean, in terms of listening to rock and roll? And do we constantly need things to be essential to turn desire into action? Fuck knows. I’m not into contextualizing; I’m not the socio-cultural sort, as that way lies a weird kind of madness. Anyway, outside of those with cash to burn, how can one actually get round to hearing everything that is proclaimed essential these days – or even this month. And just think, sorting that “essential” stuff out means there’s less time to ponder all the non-essential, and possibly (over time) equally life enhancing stuff that makes a record collection. Who’d buy Gul Night Out, or Boring Machines tapes if that were so?

So balls to essential. Let’s stick this LP on one more time and allow it to intermittently soundtrack our daily lives for the next 6 weeks or so. I can guarantee that after playing it to death whilst doing the washing up or something (and not noticing it) you’ll then stick it to one side until, probably 5 years in the future when you’re cleaning out your horde of tapes /CDs /LPs/ MP3s you find it and think, ah, go on, let’s play it again; and once more, for a further month or so, you’ll find yourself playing it and humming along to that squealing guitar riff in the gonzo groove that is Planetary Motion; or “doobey-dooing” along to the daft, almost-but-not-quite-annoying cod cabaret, Lariat. While you download all the holiday pics from your phone.

Be warned! This LP – like a lot of his solo LPs it seems -has a sinister ability to smooch along in the background, without you ever really engaging with it. I’m still not sure whether this is a masterstroke on Malkmus’s behalf (in a sort of “smuggling the odd dodgy good through customs” trick) or the evidence that it’s an okay listen and shouldn’t be elevated as anything else, despite its witty lyrics (Cinnamon and Lesbians and Houston Hades are great examples of his ability to make a lot out of what could be utterly banal). Sometimes it sounds smug; as though maybe Mr M’s grown up wit is too dry for us mortals. Sometimes it feels like Mr M is acting like an embarrassing uncle at a wedding. But he knows that and pushes it (those toe curling asides in Lariat, or the observations in Rumble at the Rainbo for instance) and somehow it works. Just. He’s a smart bloke and knows how to muck about.

This LP feels like a ’70s LP; at times the odd “Lou Reed riff” or coda breaks through, (Independence Street is a wry take on Oh Sweet Nuthin) sometimes it sounds like a ’90s record parodying a ’70s record (Shibboleth feels very ’90s Beck for instance). But sometimes it all comes together in being great, really great. J Smoov is great slowie, benefitting from this classic Young Americans sheen. And the closing track, Surreal Teenagers is just brilliant; funny, beautifully paced, and damned catchy despite it sounding like something else by Lou Reed in your collection that you haven’t heard in a while. If he made tracks as essential as that throughout the whole LP, he’d make a classic.

Nothing more to say, really.