In fact some of the best things out in NL this year were the collaborations (DNMF top of the pile by a mile) and the reissues.

In fact some of the best things out in NL this year were the collaborations (DNMF top of the pile by a mile) and the reissues. 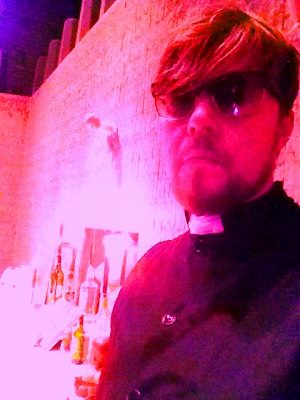 Here are some unholy orders.

I like lists. And I don’t get hung up about telling you what I like. I also don’t expect you to bother. Take this, then list lovers; Incendiary’s  favourite LPs and gigs and other things besides from 2014.

A fair number of things I liked in 2014 don’t get reviewed on the site; often because there seemed no point; Incendiary has never been a site that wanted to ‘cover all bases’. We’re not important enough for one, and anyway just how many reviews of Sleaford Mods, Scott O))) or Neubauten do you need? Others do that sort of thing much better than us. Though I really wish I’d got round to reviewing the Gudrun Gut / Hans-Joachim Irmler LP as that’s magic and deserving of a lot more attention than it got. (Edit, FINALLY reviewed!)  And in total contrast to the War on Drugs LP which (although Damian liked it and fair play many do and who am I to say what is good or not) is the MOST BORING RECORD EVER MADE.

So, as ever, an idiosyncratic, personal list based on what’s moved and informed me. One thing I notice is the large number of ambient / electronic LPs on my list; there have been some classics this year in that field; especially on Kranky and no I think the best record they’ve released this year ISN’T Grouper but Anjou…

As regards my take on ‘Dutch pop in 2014’ well I think it has been a fallow year with a few highlights. I don’t actually think there were – outside of King Champion Sounds, Space Siren and DNMF – that many great LPs made in the Netherlands; of course there were some very, very good LPs, but what I mean by great is, LPs that grabbed you and shook you up. That’s what I always look for. And despite some fucking great new developments with bands, I’d say the continued crazily prolific work of Drvg Cvltvre, and Rats on Rafts’ single Powder Monkey knocked most other things in the Netherlands into a cocked hat (in my very humble opinion). In fact some of the most interesting things out in NL this year were the collaborations; DNMF top of the pile by a mile and Shivers’, and the reissues; Mick Ness, Mecano, (a hybrid work of old & new) and the Andre Saint Oban reissue, all great. I wish I’d had time to listen to the new King Ayisoba record too, I think that would have sneaked on. And no, the Space Siren LP isn’t there for the reasons you may think it’s there. It’s a truly great LP.

7. Keel Her – Keel Her (Critical Heights)

9. Ought – More Than Any Other Day (Constellation)

12. Space Siren – If You Scream Like That Your Monkey Won’t Come (Subroutine)

8. Jozef van Wissem – It Is Time For You To Return (Crammed Discs)

1. All those bloody Hyperdub 10 Compilations – Patchy but incredible, the amount of things they do

6. UKanDanZ (ok I saw them once but they were INCREDIBLE)

Too many and all brilliant in their own way; there I get out of shit. OK then, ONE. The Ex festival. That was a mad mix of festy and club tour.

Hanging out with all my friends. And the beer days at Katzwijm Brouwerij.

BSP’s Sea of Brass thing in the UK. The buggers won’t come over here to do it.