Pop and rock is a game and it is entertainment. But it’s so great to hear a band that aren’t afraid of being themselves.

Pop and rock is a game and it is entertainment. But it’s so great to hear a band that aren’t afraid of being themselves. 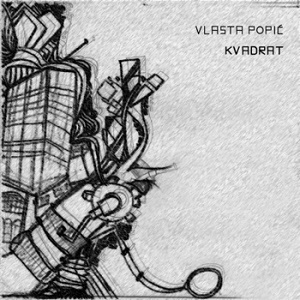 I remember seeing Membranes front man John Robb post a rave review about Vlasta Popić at the MENT festival in Ljubljana earlier this year. Now John knows his onions in Matters Rock, and seeing as the band were releasing on the tremendous Moonlee label, I thought I’d better see whether this was another release to place alongside those from Repetitor, Truus, XaXaXa or Bernay’s Proaganda.

Happy to report it is. This is one of the most played records for me this year; adding to 2015’s list of FINE “guitar” records. The one from Fawn Spots, the new LPs from The Membranes and Rats on Rafts, Noveller, and now this. All releases that make me wonder why on earth people come out with that turgid, reheated shit about “saving rock and roll” or that “guitar bands are dead”. It just goes to show (again and again) that it ain’t what you play it’s how you create, and present your art.

It would however be wrong to generalise too much about this record or treat it as part of a societal trend or “scene thing”. As it’s really special and stands very much on its own two feet. But you can say that no European musicians express anger so well, and in such a direct and fearless manner as the underground rock bands currently coming out of the Balkans. And Kvadrat is rammed to the gunnels with the sort of concentrated, impatient anger and frustration with the way of things; and that is a rare commodity these days of sensible, unoffensive artists. I have absolutely NO idea about what they’re on about, as my knowledge of Croatian isn’t that hot to say the least. But that it means something, that communicating is paramount to the band, is undeniable. You may not get the full sense of the meaning, but you sure as hell know that you’re better being on their side.

Kvadrat has taken the appealing, poppy structures of the band’s first release (2012’s Za očnjake) and in the process of recording squeezed all the pleasantries and uncertainties out; leaving a hard core of substance that is terse, steely and direct. Balanced against an incredibly stripped down backdrop, tracks like Slijepa naša (Mržnja), O vodi and Ataksija don’t piss about; exploiting the sheer simplicity of the sound to the maximum. Concentrated atoms of anger and emotion, regardless of tempo and structure, they utilise the simplest and oldest tricks in the punk song book. And in doing so, display an emotional honesty and impatience with trickery. Regardless of the skippy hooks in, say,  Maštanje (a track full of THE simplest of pop tropes) the attitude is so direct, and shorn of any flummery or pompousness, you can’t dismiss it. You can’t sneer or yawn.

Records like this often strike you as being made in a space that isn’t real, or a time that’s touched with special insight. Pop and rock is a game and it is entertainment. But it’s so great to hear a band that aren’t afraid of being themselves.