Rather like an immense slow-moving river, with hidden currents and eddies, the album plots its patient, primeval course oblivious to the bystanders on the banks.

Rather like an immense slow-moving river, with hidden currents and eddies, the album plots its patient, primeval course oblivious to the bystanders on the banks. 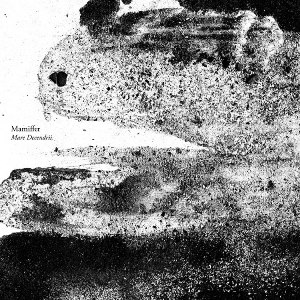 Sometimes you hear something and realise that matriculating your feelings about the music into words is going to take time. Mare Decendrii is one such record, it’s taken a good six months for me to enjoy it and allow it some slack. There’s always a feeling that you are peeping in on a private world and in that sense it’s very hard to get a grip of the whole thing at any one time. Rather like an immense slow-moving river, with hidden currents and eddies, the album plots its patient, primeval course oblivious to the bystanders on the banks.

This is a record of atmospheres and moods: mainly reflective and catatonic moods at that. Despite the tracks being fairly straight forward in one sense (long, drawn-out piano and string based instrumentals with slabs of guitar that change the tone and momentum), there’s no clear mind map of what you could expect. And boy, there aren’t many laughs to be had. The opener As Freedom Rings is a solemn track with not a great deal to pin it down on the first few listens. There doesn’t seem to be any sense of momentum, and the solemn passages can get ponderous sometimes, but the sonorous chants rolling piano, and thudding drums do hit the right sonic spot throughout the record. Sometimes there are signal moments that make you sit up; the ringing guitar peal on Blanket of Ash is one and the chanting on We Speak in the Dark is another.

Mare Decendrii uses strings to open pieces in a way similar to the opening bit in Klaus Schultze’s Irrlicht, but in much slower and gentler manner. The string wash in the marvellous We Speak in the Dark flits dextrously between the wash of electronics and guitar after burn, and restores calm after the shuddering passages that threaten to break out into something more, returning the track into the primordial essence of the music. The vocal chants in Eating Our Bodies and We Speak in the Dark have an enjoyably Gothic tinge to them too, and they drag the whole thing up to a giddy and rarefied level. To be flippant for a moment, you could be listening to Magma had they ever attempted a bit of Gothic folk.

A fine record, but one that needs vats of patience and imagination on the listener’s behalf.