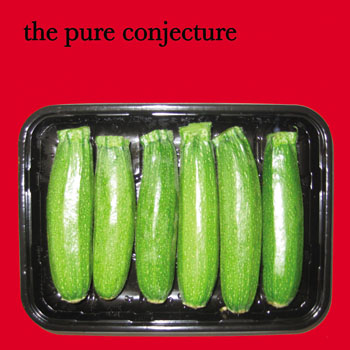 As I sit here, in my living room, it’s snowing outside. By rights it should be so dark out there that the shed at the bottom of the garden should be barely visible. Usually there’s only a large nondescript silhouette to greet my eyes; one comprised of the shed, the fence of the garden opposite and the sprawling mess of rose vines that cling to it. Beyond that large, dark lump I can usually see the outline of the houses opposite rather easily as they appear to have a kind of ‘Ready Brek’ glow given to them by the streetlights on the far side of said houses. Tonight, however, I can see everything. The garden, the shed, the houses opposite; all are visible. The snow has made the night brighter. A strange, unnatural pinky-purply light colours everything, save for the orange Ready Brek effect that outlines the houses still and colours the low hanging sky a kind of burnt orange.

The snow is falling heavier than it was earlier today, but gently. There’s little to no wind so it all seems quite relaxed outside. The world seems to be at peace. I’ve just returned from the kitchen with a large tumbler that rattles gently thanks to the ice cubes floating around inside them. Over those ice cubes I pour some deliciously old, warming whisky. It’s nothing too peaty, but I understand it has been kept in three different casks over the years, one of which travelled from America. I can tell you this, it tastes delicious and warms my chest from the inside in a manner which is quite pleasing. I decide to dim the lights in the living room, the harsh reflection in the glass ruining the view somewhat. I wander over to the turntable and put the needle down on The Pure Conjecture’s Courgettes. It seems like a perfect fit for this evening.

The wife and child aren’t here tonight and, although I saw them both this morning and will see them again tomorrow, part of me misses them. The house seems empty and quiet. A scattering of brightly coloured toys and a dirty bib hanging off the feeding chair paint clear reminders of the noise level that usually accompanies this time of night. To satisfy my lovesickness I start to flick through photos on my phone, wondering why I always take pictures of my son when he’s a) covered in food or b) covered in snot? Nevertheless, they make me smile and feel proud in a way that nothing has ever done before. There, sickness healed. I take another drink and settle into my chair a bit more. I’m relaxed. I feel cozy. Gezellig, even.

For those that don’t know, gezellig is almost the Dutch version of the Geordie word canny, in that it means almost anything. Well, most people of an Orange disposition would say it means cozy but to be honest a room can be gezellig, a person can be gezellig or a party can be gezellig. Even a visit to one’s grandparents can be gezellig, assuming they’re alive and have a plentiful supply of tea and biscuits. And would you know it? It turns out that a set of curtains can be gezellig too, which is nice. Gezellig is cozy, inviting, entertaining, pleasant, fun, pretty, nice and many more things besides. It’s canny. It’s gezellig. In fact, if you’ve ever thought about moving over to the flat lands, then it’s pretty much the most important word you can learn as it can be applied almost everywhere except at the dentist and when talking to tax officials. And in case you were wondering, it’s pronounced ɣəˈzɛləɣɦɛit. (As if that helps!)

So, like I was saying. I’m feeling gezellig. And The Pure Conjecture’s Courgettes is making things even more gezellig. Let’s get the informative music critic stuff out of the way now – The Pure Conjecture are essentially the assembled Avengers of Brighton’s indie super hero fraternity. As their own bumpf states: The Pure Conjecture is a 10-piece ensemble, fronted by the eloquent Matt Eaton – an award winning vintner from the west country – with an impressive squadron of musical sharp-shooters including Martin Noble (British Sea Power), Thomas and Alex White (Electric Soft Parade / Brakes), Andrew Mitchell (The Hazey Janes), Johny Lamb (Thirty Pounds Of Bone), Marc Beatty (Brakes / The Tenderfoot), Darren Moon (The Tenderfoot), Steve Grainger (nada / Elevator Suite) and Julian Baker (Notable Saxophonist).  There, that just about does it. Oh, and I suppose it’s interesting somewhat to tell you that this record was recorded pretty much live apparently, with the group facing each other in a circle. I suppose that made it quite atmospheric in the studio, spiritual even, although when Foals do that I always feel it’s because they’d rather be solving math puzzles than entertaining an audience. Anyway, who gives a toss?

What matters is that Courgettes sounds GREAT! The sound is lush and expansive, warm and inviting. I’m sure somebody somewhere will have described Courgettes as a soulful record, which it is. It’s also quite ‘indie’, whatever that means and I suppose, in its own way, it’s quite rock too. I know that’s not very helpful but to be honest, if I told you this harked back to something like the Temptations or Curtis Mayfield you’d probably get the wrong idea as it probably harks as much to Teenage Fanclub and Big Star too. Courgettes may have been drawn from a wide selection of influences but they’ve been pulled together in such a way as to make me think that they’re entirely modern and so, you know, right NOW. But anyway, I said I’d get the music journalist stuff out of the way and so I shall.

I listen to Courgettes a lot. I have done for months and now that I’ve got the official, strokable vinyl version I’ve found myself listening to it even more frequently (it sounds better!) and finally I’ve figured out what I want to say about it. You see, it’s a perfect album for a night such as this because I don’t really want anything too heavy or intense. I’m not looking to paint the town red, I can’t even be arsed to put some emulsion on the living room walls if I’m totally honest, even if they could do with a coat, but that doesn’t matter. I’m content.

Courgettes fills me with that same kind of warm glow that the whisky gives me. It surrounds me with a Ready Brek glow. The songs are great, precisely because they’re not really about anything important. The Power Of the Notes Is Very Good basically says everything you need to know in its title, as does 1st Time I Saw U. This Car Of Mine is about that car of his and All The Cherries Are Gone is about running out of fruit. That song, incidentally, is my son’s favourite. I sing it to him regularly, along with the Ugly Duckling song and Robin Hitchcock’s Balloon Man. He seems to like the irreverent stuff. I’m not sure why I thought the need to tell you that? Nevertheless, it seems apt somehow.

The Pure Conjecture is an experiment that paid off handsomely. It may not be classed as the most ‘important’ album of the last year, but it’s certainly one of the most accessible and definitely one of the most rewarding. You may not get overly excited by it but you’ll always be entertained and for me, tonight, as I was I watch the snow fall, that’s more than enough. It’s a cozy, inviting, entertaining, pleasant, fun, pretty, nice listen and many more things besides. It’s canny.

It is, for want of no better word, gezellig.