What is especially galling is that despite being just over 30 minutes in duration, nearly half is remixes.

What is especially galling is that despite being just over 30 minutes in duration, nearly half is remixes. 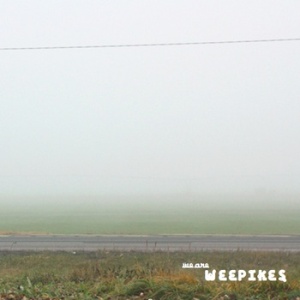 Confession time. My name is Stephen and I am a Finnophile. I am addicted to the taste sensation that is salmiak – that’s salty liquorice to you – and would die happy if I married a Moomin (namely the Snork Maiden, so be warned Moonin Troll I’m making a move on your woman). I loved everything about the country, even Lahti, the Chicago of Finland, where once a bicycle was stolen. Then I listened to Weepikes.

This is awful. A minibus tour of late-eighties and early-nineties genres, some songs reminiscent of The Sisters of Mercy others Blur, reworked with a post-rock agenda, replete with electronic doodling and de rigueur interference. The musicians are relatively competent, and there are some powerful riffs and interesting rhythms here, but the album lacks direction and coherence. While the droning, atonal, manipulated, muffled vocals, serve only to distract.

They describe themselves as pronk, but apart from a mere hint of New York Dolls there is none of the energy, or threat of anything like punk. And, remixes aside, there is nothing progressive here at all. Well, apart from Falling off the Carpet, a dirge worthy of a protracted Sid Barrett lude binge, which even occasional bouts of primal scream therapy fail to liven up.

However that sounds like a masterpiece when compared to Flatliner, one of the worst songs I’ve heard. (And remember I’ve listened to nearly everything by JLS.) A bargain-basement, Fall rip off, comprising sound bites, countdown and inane phrases. It aspires to be an incisive, ominous commentary on modern society and fails, utterly. Louise by The Human League has more insight and danger.

There’s been a protracted hiatus since their last offering in 1997, and I dread to think what their first EPs were like if they’re this appalling after 13-years’ practice. This is the only outfit whose output makes the Stone Roses seem prolific, but at least the latter’s career is studded, albeit infrequently (and I’m pushing the word way beyond its natural definition here), with moments of sublime brilliance.

What is especially galling is that despite being just over 30 minutes in duration, nearly half is remixes. Admittedly Falling off the Remix (K-X-P vs. weepikes)’s aggressive electronica – shredded by pulses of pure sound that hit you right in the chest – is excellent. Mainly because, apart from the start, it doesn’t sounds like the original. The victor in this bout is, without a doubt, K-X-P by utter, unequivocal, annihilation.

To paraphrase, and amend, surreal comedy troupe Monty Python’s eponymous classic Finland: ‘Finland, Finland, Finland, The country where I quite want to be, Pony Trekking or camping, Or just watching TV, As long as I don’t have to endure Weepikes’.

However, my mother always advised me that: ‘if you can’t say anything nice, then don’t say anything at all’. (I’m with your mother Watty, I like this record in parts – Ed) So, on a more positive note, the cover is exceptional. A bleak abstracted landscape, Rothkoesque in composition, wittily juxtaposed with a funky bubble font that works surprisingly well. And I’m sure the album will be popular with parents who wish to drown out the incessant crying of their newborn child.